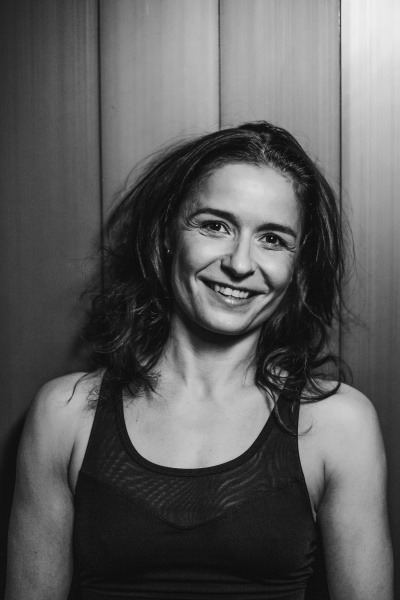 Zuzana's first performance with 420people was in January 2008 at the Archa Theatre in Prague, where she danced in choreography Neen- Ya by Václav Kuneš.

Born on the 10th of December 1979 in Bratislava, Slovakia. She was active since the childhood, first with the rhythmic gymnastic and than at the Ballet Studio - DBS (1989-1996), where she received the basics of classical, folk and modern dance. In season 1995 she became member of the BRALEN dance theater (TD3) under the leadership of Rastislav Letenay. Two years later, when Zuzana  graduated from the college, she started with the studies at the University of Arts (VSMU). While studying the pedagogy of the Classical Dance, she was on a scholarship contract for teacher with the TD3 Company.
In 1998 she joined Bratislava Dance Theater (BDT) and year later the J.A.N Company (director J.Durovčík) with which she guested also at the International dance festival in Tokyo, Japan. At the same time she performed in the musicals: The Pied Piper,  Some Like it Hot and Hamlet. After the bachelor studies at the VSMU University, she joined the Pavel Šmok's company - Prague Chamber Ballet, where among others she danced the main character in the The Lady of the Camellias (chor. L.Vaculik). Following season, as a dancer and pedagog , worked for the musical Cats in Prague.
Since year 2005 Zuzana is a member of the company Laterna Magika Theatre in Prague. During these years she was also busy with her final grade  at the university, in 2007 she was successfully promoted the  Mgr. Art. She is also collaborating with the Karlin Theatre and TODANCE Company, performing in musicals:  Kleopara,  Angelika.