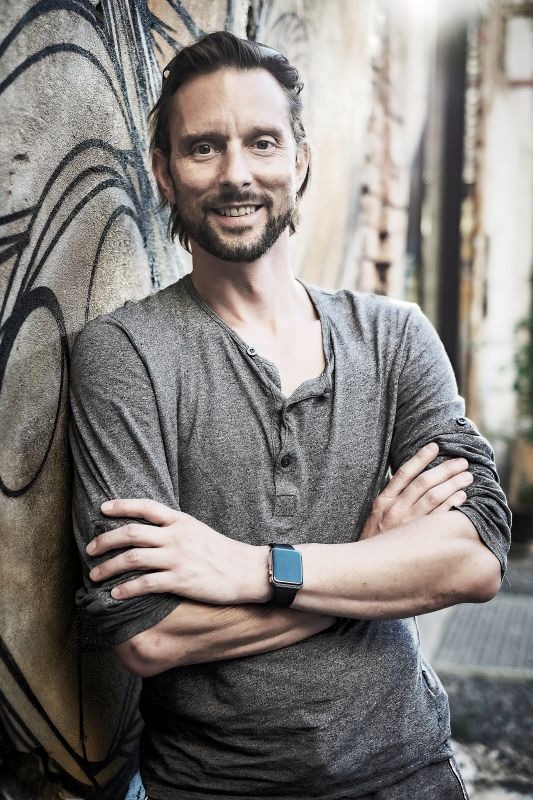 In 1993 he graduated from the Dance conservatory in Prague, Czech Republic. For 11 years, he was a member of the Nederlands Dans Theater where he worked with Jiří Kylián, Ohad Naharin, William Forsythe, Paul Lightfoot, Mats Ek, Nacho Duato, Johan Inger, Andre Gingras or Hans van Manen to name a few. In 2004 he became a freelance artist, danced many years with Saburo Teshigawara and for one of his works, Scream and Whispers he was nominated for Dancer of the Year 2005 award in Cannes. He was guesting at various gala events with Roberto Bolle, Sylvie Guillem and others. He worked as an assistant to J. Kylián with many companies around the world.

As a choreographer he worked for theatres in France, Holland, Denmark, Sweden, Germany, USA, Czech Republic and Japan.
In 2015 he was invited to perform in the creation of Solaris by Saburo Teshigawara, opera produced by Théâtre des Champs Elysées in Paris.
Since 2007 he is the artistic director at 420PEOPLE, group he co-founded with Nataša Novotná. Artistic mission was always focused on creativity and collaborations. 420PEOPLE invited many choreographers and dancers from around the world: Crystal Pite, Ohad Naharin, Saburo Teshigawara, Jiří Kylián, Talia Paz, Michael Schumacher, Jo Strömgren, Ann Van der Broek. In 2017 they collaborated with Sidi Larbi Cherkaoui (Eastman) on new work Nomad.

420PEOPLE also coproduced two dance films with Jo Strømgren Kompani: Closed which was premiered at the Berlinale Festival in 2017 and The Accident in 2021. In recent years he has created several works in Japan in collaboration with Yamamoto Ballet Company and with OPTO File group of ex-dancers from Nederlands Dans Theater, currently based in Japan. In 2016 it was La Mantovana, then REEN was performed at the
New National Theater in Tokyo. In 2017 it was Echo with full orchestra playing Dvořák’s Symphony from The New World as an opening of a new theater in Ota. That same year he created work Recall which was then on touring Japan in 2018.

Last three works with 420PEOPLE were created at the La Fabrika theater in Prague. The Watcher with live music by award winning rock band Please the Trees has been then performed at the GONG hall during the Colours of Ostrava music festival for an audience
of 1500 people, Panthera in 2019 and most recent Poprvé a naposledy. In 2018 and 2021 Vaclav was a jury member of the Czech national TV series StarDance, one of the most watched TV programs in the country.
In March 2019 he created choreography for a new Czech musical ‘Mandrake flower’ and later that year he was the Associate choreographer to Cherkaoui on the creation of the opera Alceste at the Bayerische Staatsoper in München. In 2020 Vaclav created two dance films: ORĪGĪ (as a part of the EU project CLASH!) and The Flammable Machines - the Audition with renowned Czech movie director Jaroslav Brabec.

The list of his own choreographic work includes pieces for the Nederlands Dans Theater 2, the Copenhagen International Ballet, Korzo Theatre in the Hague (a tour around the Netherlands in 2008) and the Netherlands production house Station Zuid (a 2009 tour around the country with a feature production Ghost Note) as well as Temporary Condition for the State Opera in Bordeaux in 2010. His choreography Small Hour was staged at the Dominic Walsh Dance Theater in Houston, US, and the Skanes Dansteater in Malmö (2011 and 2013 respectively). In 2015, he creates Phantom DanceOne for the Hessisches Staatstheater in Wiesbaden, Germany.

In 2014-2017, a number of 420PEOPLE’s works were presented in Japan and so were three Kuneš’ recent pieces, among them Double variation, La Mantovana and the newest production Echo, created on music from iconic Czech composers Smetana and Dvořák, with a live performance of the symphonic orchestra. Echo was presented at the opening of the new municipal theatre in the city of Ota. In 2017, Kuneš choreographed Recall, a piece made to measure for former 420PEOPLE dancers, now running their company OPTO File.

In 2007, he founds 420PEOPLE in his home town Prague, together with Nataša Novotná, assuming the position of the company’s artistic director until today.

Small Hour, the first choreography created for the company, was shortlisted for a number of important awards - in 2008 it was awarded the Theatre Institute Award. Within a co-production initiative with the Netherlands theatre Korzo, Kuneš creates a feature performance A Small Hour Ago. The piece opened in November 2009 at the Holland Dance festival in the Hague and toured around the country in 2011.

His other pieces for 420PEOPLE include Golden Crock, Affordance and REEN (with a live appearance of musician Amos Ben-Tal) that were programmed at the Centre National de la Danse in Paris (2011) or the New National Theatre in Tokyo. In collaboration with the Drama Department of the National Theatre, he has co-created, together with director David Prachař, a feature-length piece inspired by the canonic Czech poem May.

In May 2012, he expands the company’s repertory with Wind-up, a success-to-be production that remains on the repertory until today.

2017 kicked off with a celebration of the tenth anniversary of the company: two Gala shows sold out at the New Stage of the National Theatre in Prague. The celebrations continued with a premiere of Fairy Queen at Experimental Space NoD, a piece accompanied by live music of the band Zabelov. The pinnacle of the anniversary year came with Nomad, a piece co-produced by one of the biggest names of the international choreographic scene currently, Sidi Larbi Cherkaoui, and his company Eastmen. The joint project entitled Nomad opened in June at theatre Jatka78.

The end of the summer 2017 brought another round of a collaboration Kuneš/420PEOPLE/Jan Nebeský, the result being Ovidius: Orfeus at Vila Štvanice in Prague. The festival Golden Prague screened a dance film Closed, a Jo Strømgren’s production featuring Nataša Novotná and Václav Kuneš. The film also got to the program of Berlinale 2017.

An important part of 420PEOPLE's agenda has always been widening the horizons of the Czech audience. This quest has made them bring a great number of major artists to Prague, among them Abou Lagraa, Ohad Naharin, Crystal Pite, Jiří Kylián, Michael Schumacher, Saburo Teshigawara, Talia Paz, Jo Strømgren, Ann Van den Broek and Sidi Larbi Cherkaoui.